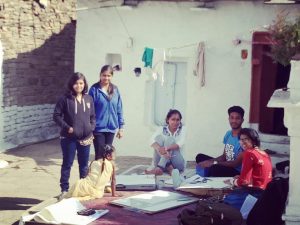 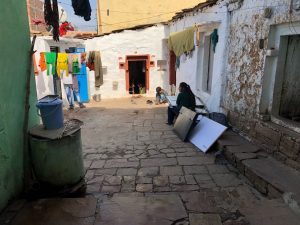 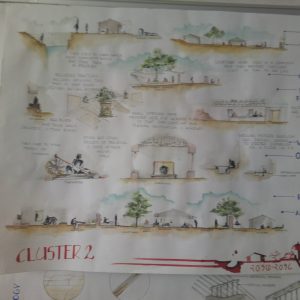 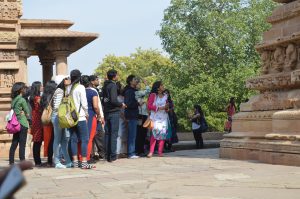 This year, the second year architecture settlement study tour went to Chanderi weaver’s village in in Madhya Pradesh. The students documented the settlement of Chanderi, understanding the local construction techniques and materials. The architectural planning evolved from culture and occupational needs responded to hot and dry climatic conditions was crucial to understand. The students measured important weaver’s houses and clusters along with public buildings like temples and mosques. Locally available stone and raw wooden logs largely govern architecture of the region. The weaving looms form integral part of the weaver’s house which function as artisanal workshops also. The richness in detailing, carving and iconography in this semi-urban settlement stands out and confirms its rich cultural ties. The famous handloom fabric of Chanderi has a lot of demand. However, the weavers hardly get benefits of this booming business. Their conditions are deteriorating. The new development proposed by government has attracted a lot of criticism due to its alien nature. 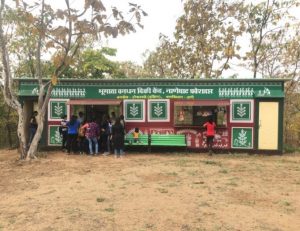 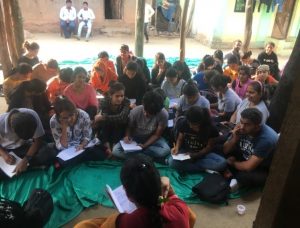 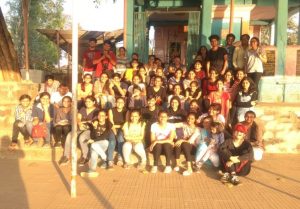 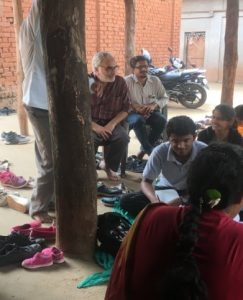 Visit to villages in groups (about seven students per group) and explore village life, its culture, products, interact with villagers, dialogue with them, develop relationships, visit their homes, work with them, and learn from their experiences and testimonials, etc. Effort is also made to take responsibilities of different kinds so that the students learn from the various tasks of organizing the tour from selecting the place of visit, talking to the NGO running the programme there, arranging the food and lodging and managing the finances. The aim is to make the rural exposure into a meaningful learning process where all aspects of simple living are integrated into the students experience. Small committees are formed prior to the visit and the students then take the lead to organize the visit. Two sessions are organized for the students before the visit to orient them about the EP tour and what is expected from them. The interactive sessions enable the students to familarise with the tour and the learning process. 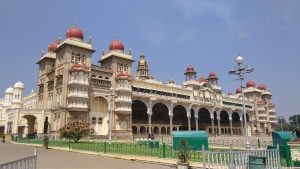 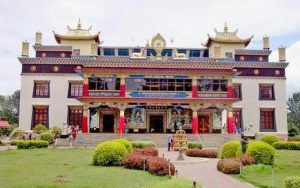 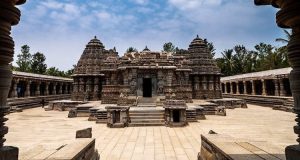 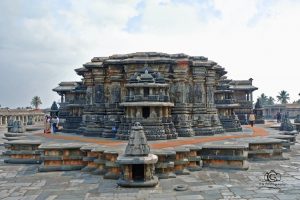 This lake front settlement of Kere Thonnur is a small village in Mandya district of Karnataka state, India. Kere Thonnur is a well-known tourist spot because of its green paddy fields, ancient temples and the twin lakes. It is an ancient settlement that came into existence for the construction of grand temple and lake. The same is now converted into an agriculturally dominated settlement.The settlement was oriented towards the temple as focal point and laid in grid-ion pattern. The houses exhibited unique square timber trusses that corresponded with the square plan of the house. A very small courtyard within the house permitted light in the interiors as well as functioned as rain water harvesting tank. This excellent response to hot and dry climate with available material and construction techniques was understood and documented by the students. 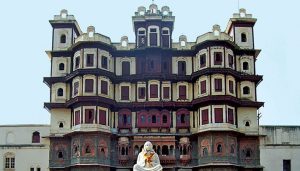 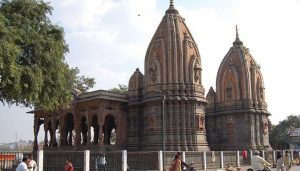 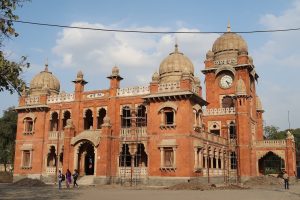 The understanding of Architectural vocabulary of Indore was developed by the students through experiences and observations during the settlement study. The study of socioeconomic, cultural aspects, climatic and topographic conditions along with the historical references gave a thorough understanding about the context of the city and present day concerns. Based on this study and analysis, students arrived at a number of design alternatives for building typologies to be taken as the design topic. After series of discussions, the building typology of cultural information centre was extracted after a methodical approach to understand the complexities of urban design and draw conclusions at the 3rd year B.Arch level of understanding. Site selection was based on the strategic location of the site along Saraswati river which is in derelict condition. Smart city proposal for Indore city proposes the revival, rejuvenation and renewal along the bank of Saraswati river. Taking this into account, integration of the two sites across the river was explored by the students. 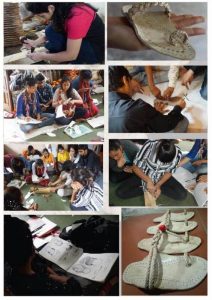 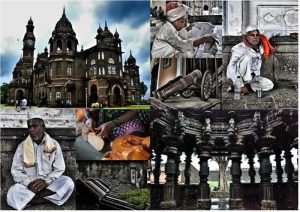 Craft And Cultural Documentation seeks to capture and preserve the cultural heritage of people in the city. This year, 3rd year bachelor of design students studied the craft, culture traditional architecture of Kolhapur, historic city of Maharashtra. Product Design students documented the famous craft of Kolhapur, The Kolhapuri Chappal and silver jewellery making. They documented with respect of understanding ergonomic aspect and various types of tools. Worked hands on the making of chappal with various innovative designs by using traditional technique and motifs. Interior Design students documented and measured the wadas by understanding traditional technology details and style. Set Design students understood the Kopeshwar Temple, its style and typology and also documented the wadas, where they learnt about the space utilisation and also interacted with a member of Baburao painter. There were intense interaction with Ar. Waichal and a set designer Mr. Prashant Bidkar. To get the feel and roots of Kolhapur culture the visit ended with understanding the heritage buildings of Kolhapur like the Bhavani Mandir, Shahu Maharaj Palace and Old Palace.