Every year N.D.M.V.P.S.’s College of Architecture actively participates in intercollege NASA competition. This year at Zonal NASA held in D.Y. Patil College of Architecture, Ambi, Pune, the institute was recognized and awarded for excellence under many categories. The institute achieved 1st citation trophy for Rubens that is given for academic excellence. Students also grabbed on the spot Design trophy for working out an innovative design solution for the persons those are dislocated under emergency relief measures. Students also grabbed awards in various on the spot competitions and became second runner up in overall performance. 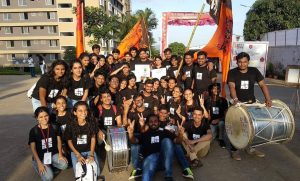 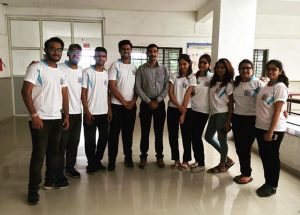 Proud moment! Our students Rahul Shelar and Omkar Hande from fourth year B. Arch secured 11th and 12th place amongst 77 entries from all over India, in Indian Domestic Contest 2016 for Asian Contest for Architectural Rookie’s Award, 2017 (ACARA) held at P.V.P. College of Architecture, Pune. The students presented their third year Architectural Design problem- ‘Architecture School Design at Anjaneri, Nashik’ in the form of presentation sheets, models and power point presentations. ACARA is an international contest for students of Architecture, held every year to contribute to architectural education and establish rich networking associated with modern architecture in Asia. 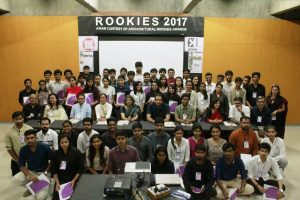 Shamal Coubal, a final year B.Arch. student was shortlisted as the fifth candidate amongst 91 entries in the West Zone thesis competition conducted by Council of Architecture. The Architectural Project of 10th semester titled ‘Inspiring Nature through Spaces’ explored the relationship between architecture and nature with a thought of maintaining harmony between the artificial world, the natural environment and human beings. The work was guided by the Principal, Dr. Prajakta Baste. 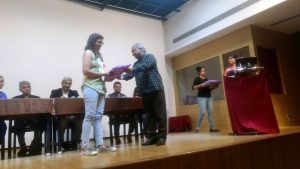 B.Arch. student Shubham Patil ranks First in the thesis of 5thyear in SPPU.

In response to the devastating earthquake in Nepal in April 2015, GCRS Global-Building Love Disaster-aid Material Trade Center, China, hosted an architectural competition all around the world to design reconstruction projects as a part of their GARS-NEPAL.TIBET Earthquake Emergency shelter.

Richa Jadhav  and  Akash  Relkar, final year B.Arch students from our college secured third rank amongst 340 participants all around the world, under the category of  GARSA1 temporary shelter than can be rapidly and massively reproduced.

The students proposed an innovative and cost effective design solution that was based on a r.c.c. drainage pipe used as a module. The concrete drainage pipes have many advantages such as easy availability, strength, zero maintenance, optimum functional space etc. These pipes need no construction labour on the site. They just need to be oriented and installed as per design requirement in a right way. Six Clusters of these pipes shelters were made to create public, semipublic and private court  areas. The courts formed by these clusters were covered using canopies of waterproof fabric.The purpose of these courts was creating a sorted flow public, to avoid chaos and maintain a hygienic atmosphere. Facilities of sufficient sanitation, vehicular access, gatherings spaces for food supply and health care camps were taken care of for all the clusters. 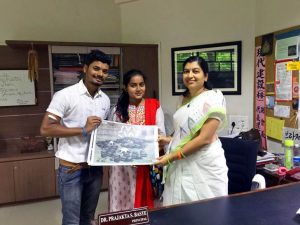 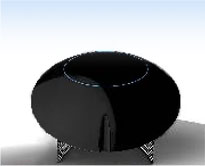 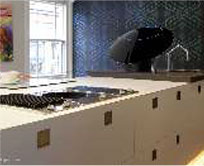 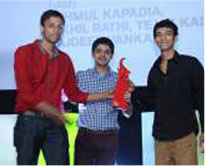 A Transportation Styling Workshop Was Conducted By Designer Vishal Jagtap For Students To Participate In Siam – Vehicle Styling Competition. 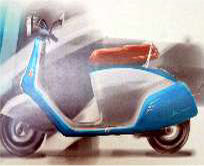 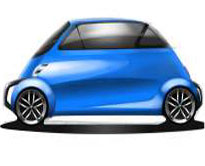 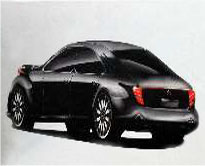 Ar. Umesh Hirawe, faculty B. Arch received Jury Award, ‘Outstanding Concrete Structure – 2015’, for residence design at Nashik, under the category of ‘Individual Residence’. The competition was held by Ultratech Cement and ACCE Nashik at city level in Nashik. Around 60 architects and civil engineers from all over the city of Nashik participated in the competition under 3 different categories, viz. Individual Residence, Multi dwelling and Commercial. The jury panel consisted of eminent architects, civil engineers from and technical experts from Ultratech Cement Ltd. 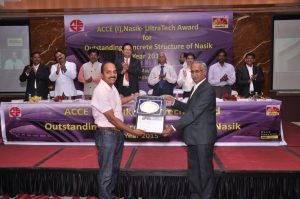 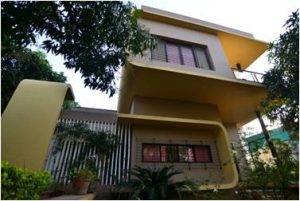 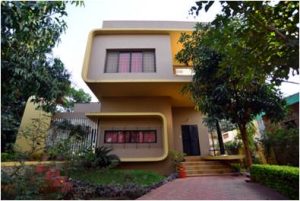 On 30 th June, 2016 the Expert Hub, an Industry Skill Development Center run by a collective team of expert Designer and Engineers had organized Automotive Styling Boot Camp (ASBC) workshop, 2016.   In the workshop students were given intensive training on automotive sketching, rendering, digital sculpting and prototyping. Expert hub has been conducting such workshops throughout the country. The 70 hours long workshop was conducted from 23 rd June to 30 th June, 2016 at Pune.120 Students from various design schools and engineering colleges had attended the same. Our 3 rd Year Product Design students Jayesh Saindaine and Harish Bohra secured 1 st prize for future mobility concept design project. They were then asked to design a car for Mega Cities in 2025. 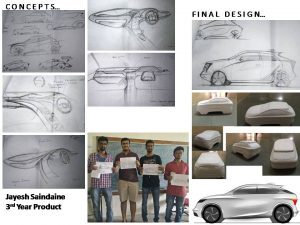