Seminar conducted for women’s issues of skin and hair 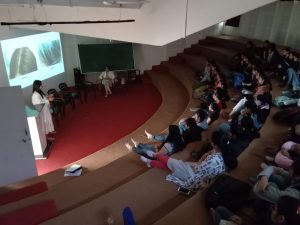 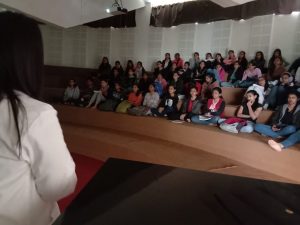 A lecture regarding skin and hair care was held by Dr. Sindhu in college. She spoke about problems usually faced by girls regarding skin and hair as well as its treatment. She addressed typical girl’s skin problems like acne, blackheads, whiteheads, facial hair, patches on skin, dark circles. She also spoke about possible hair problems in later years like hair fall, hair loss and diseases. She explained in detail about early symptoms of such problems so that girls can take precautionary measures in time. She also explained the causes and reasons of these problems that helped girls to eliminate wrong practices from their lifestyle. Long term effects of such surface problems were revealed with examples to make them aware of its care. She elaborated on the cure and remedies for the problems in detail.

Mr. Nitin Paranjape, Director, Abhivyakti Media for Development, Nashik, started the session with the aim at all round development of the first-year students through personality development. He has brought in Various minute details which help to improve the time management and teamwork skills by assign number of tasks to students and making them involved in the process. Session was planned very interactive that helps students to understand by self-learning. Students were also made aware of the values and ethics those are necessary for grooming their personality in all respect. Session was held for First year students of B.Arch. in lecture hall L5. 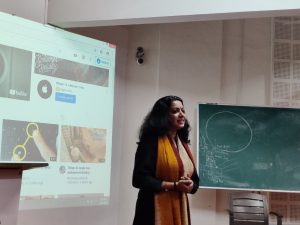 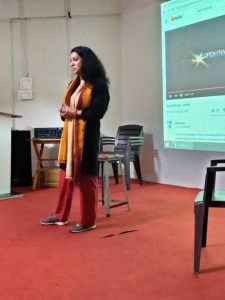 Guest lecture conducted by Ms. Priya Thuvassery (Director/Editor/Cinematographer) on ‘storytelling as an effective medium of expression’.Ms. Priya has worked extensively in the field of Gender sensitivity through her medium of expression – cinema / short films. Her films attempt to throw light on gender issues prevalent in our society. Ms. Priya focused on addressing the issues of gender equality and systems prevalent in society through her talk and presentation. She explained how through storytelling relevant issues can be effectively communicated and worked upon. Students actively participated in the discussion and raised questions that could sensitize them against gender biases.