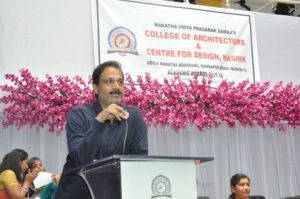 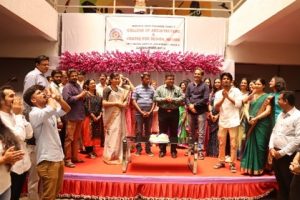 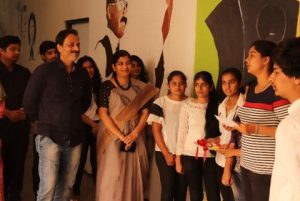 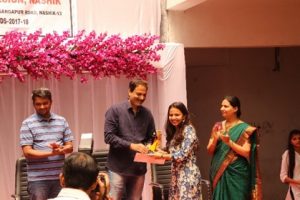 On the occasion of 29th foundation day of M.V.P.S.’s College of Architecture, students from B.Arch and B.Des who excelled in academics were felicitated. The chief guests present for the event were renowned architect Dhananjay Shinde from Nashik, M.V.P. Director Dr. Prashant Deore and film manager Mr. Amit Kulkarni. In his address, Ar. Dhananjay Shinde insisted students to develop and adopt their own design philosophy that adheres to the rich Indian culture without getting influenced by western culture. Mr. Amit Kulkarni talked about the opportunities available for the students of architecture in the field of film management and ensured his support for the same. Dr. Prashant Deore congratulated the award-winning students and inspired other students for uplifting the institution’s name at the intercollege level through such achievements. 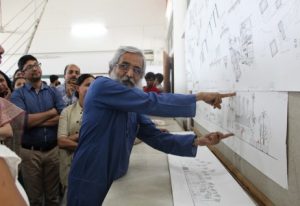 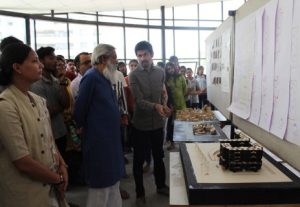 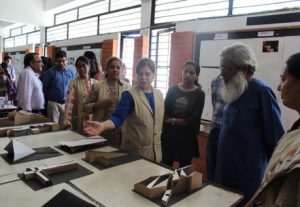 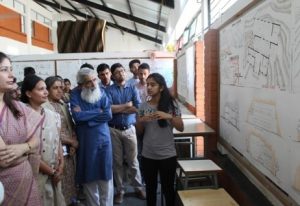 Padmashree B.V. Doshi Gold Medal Award is the prestigious award, awarded every year to the student of final year architecture excelling in the thesis, from M.V.P. College of Architecture. The award is jointly given by the institute and Architects and Engineers Association, Nashik. This year Padmashree B.V. Doshi Gold Medal was awarded to Kapil Mahadik for his theses titled, “Monastery – reviving the spirit of Leh”, by the hands of veteran  Architect Neelkanth Chhaya from Ahmedabad, heading the department of architecture at CEPT in Ahmedabad. The place thought to be resembling monastery, accommodating tourists with the prospect to broaden the cultural values and implicating them in wider approach creating the cultural blend and veritable interaction between tourists as visitors and locals as the proletariat. The ceremony was followed by a very knowledgeable presentation by Ar. Chhaya on “Towards an Architecture Grounded in Necessity”, attended by members of the association, faculties and students of architecture schools from Nashik. 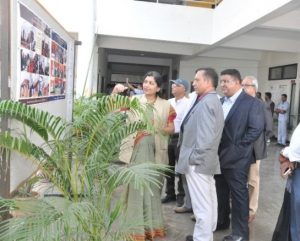 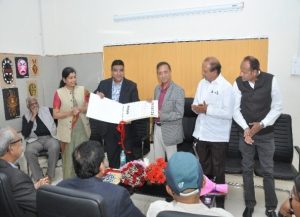 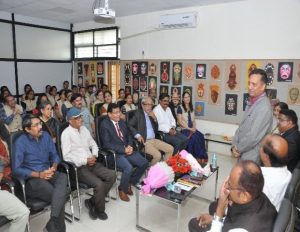 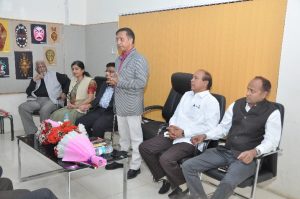 The President of Council of Architecture visited the institute on 6th December 2018. Focussed interaction with the Staff members regarding Academics was held. President elaborated on the current developments and reforms the Council is trying to bring in the future. He emphatically expressed his views for the betterment of the fraternity. He also spoke to students about ethics and practice in the changing times. Documentation of Annual Study tour – Indore was inaugurated by him. He further guided for the publication process for the same.Ar Sanjeev Borse, Ar. Nilesh Chavan also graced the occasion along with. Director. Dr. Deore, Education Officer Dr. Nanasaheb Patil Welcomed the President Vijay Garg. 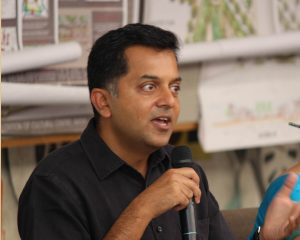 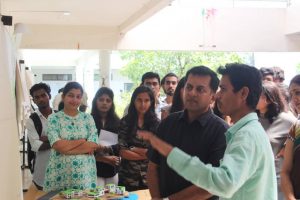 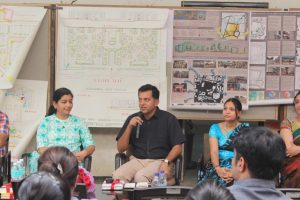 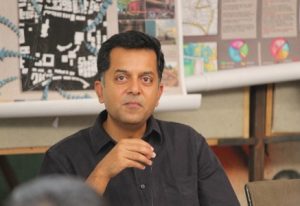 Architect Bijoy Ramchandran visited the institute and interacted with the students of Architecture and Design. He is an architect and urban designer based in Bangalore. His firm Hundred Hands is recognized internationally. The awards include an official selection for the Project South Exhibition and the Leone di Pietra at the Venice Biennale, 2006 and the Cityscape/Architectural Review in 2005. Architect Bijoy keenly went through the design works by third, fourth and final year students and enriched their knowledge with his valuable comments. During his free dialogue with the students and the faculties, he shared his views on the appropriate use of technology by the students. He also shared his experience and talked about the current challenges in pursuing a sustainable approach towards design solution when it comes to environment friendly design in an economical way. 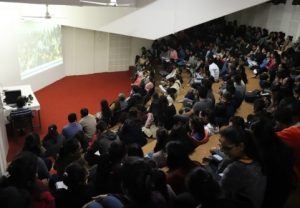 The India’s first Leadership talk series is a great initiative by MHRD’s Innovation cell for inspiring young innovators. The live audio visual session was attended by second to fourth year students alongwith faculty members. In the first talk, Anand Mahindra spoke about his personal experiences which led him to understand and emulate certain leadership qualities which later then helped him to develop a huge entrepreneurship. He spoke about his personal mantra which he has abbreviated as ‘ HBS’ which is Humility, Brevity and Self Awareness which any person must imbibe in his/her life. He also spoke of the need to develop interest in allied fields, the creativity of which could then feed into one’s profession. 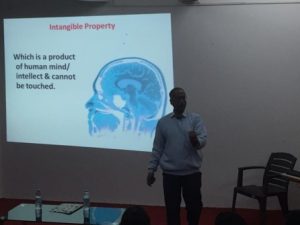 Sunil Kute, Professor (K.K Wagh University, Nashik), innovator, expert in IPR delivered a lecture which gave a basic introduction to the subject and the processes involved with respect to IPR. He spoke about Tangible and Intangible properties and how it becomes crucial to secure the Intangible properties i.e. Intellectual properties with the help of IPR. IPR mainly looked at securing Inventions, Literary and artistic works, Logos and symbols etc. He touched upon the importance of patenting, the processes involved in patenting internationally and locally. He then spoke about the processes of patenting in India and which bodies to approach for the respective applications. 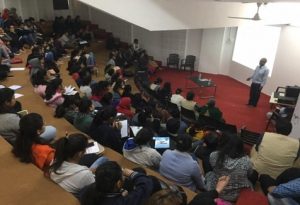 As part of the second edition of ”Pariksha Pe Charcha 2.0” Prime Minister Narendra Modi interacted with a total of 2,000 students, parents and teachers in the national capital on 29th January 2019. With less than two months to go for the Class 10 and Class 12 exams, PM Modi discussed ways to handle the exam stress with students in an interactive session at the Talkatora Stadium, wherein for the first time, students from across the country got a chance to participate in the event. The live telecast of the session was attended by college students from 24 states and Union Territories. P.M. Modi stressed on a need to start conversation by parents with the students rather than scolding them that will help to seek solutions to every problem. 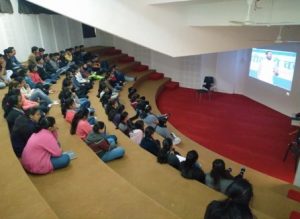 Web lecture on Urban Design Sense and Sensibilities by Ar. George Fergusson, UK was attended by third year B. Arch students. Ar. George, demonstrated his projects and through the process he explained various aspects of urban design that need to be sensibly tackled from users perspective.