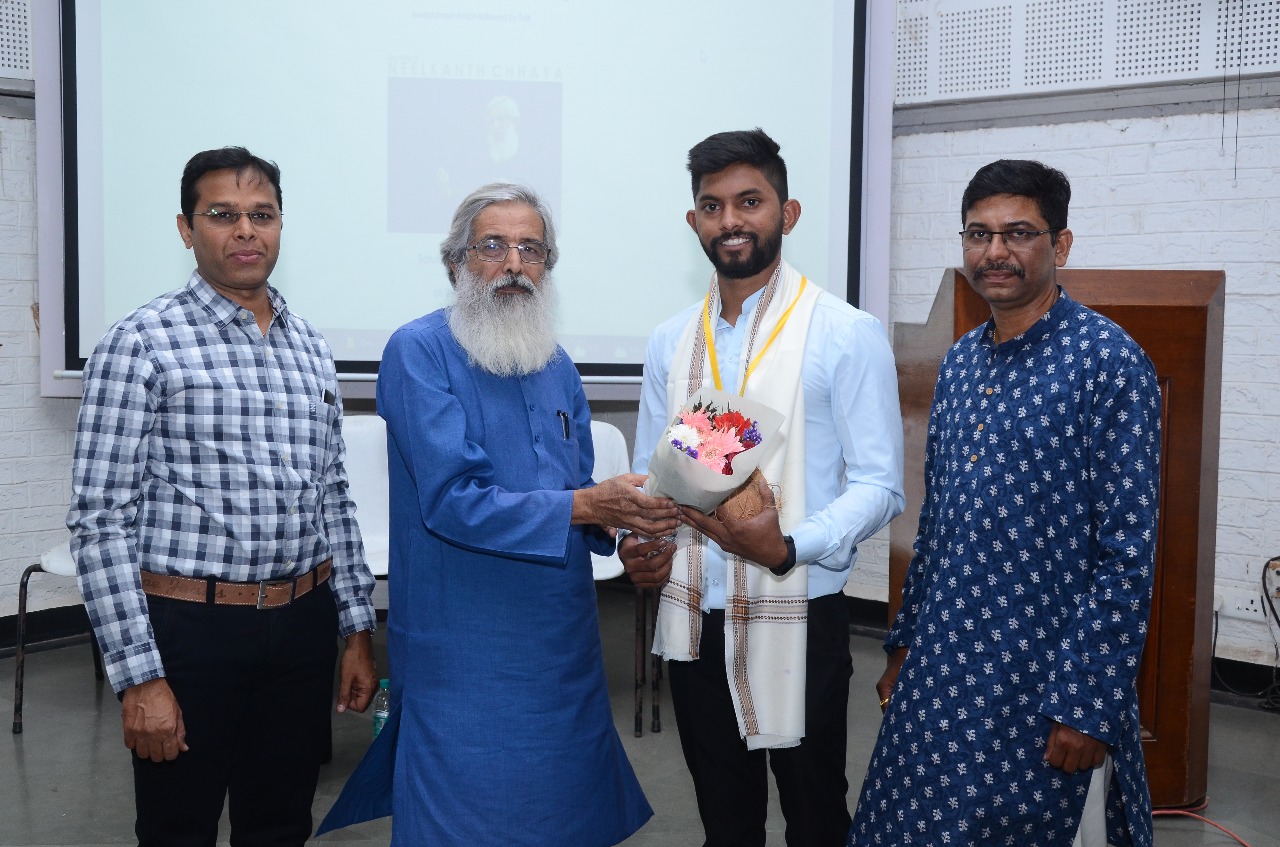 Padmashree B.V. Doshi Gold Medal Award is the prestigious award, awarded every year to the student of final year architecture excelling in thesis, from N.D.M.V.P. College of Architecture. The award is jointly given by the institute and Architects and Engineers Association, Nashik. This year Padmashree B.V. Doshi Gold Medal was awarded to Kapil Mahadik for his theses titled , “Monastery – reviving the spirit of Leh”, by the hands of veteran Architect Neelkanth Chhaya from Ahmedabad. The place thought to be resembling monastery, accommodating tourists with the prospect to broaden the cultural values and implicating them in wider approach creating the cultural blend and veritable interaction between tourists as visitors and locals as the proletariat. The ceremony was followed by a very knowledgeable presentation by Ar. Chhaya on “Towards an Architecture Grounded in Necessity”, attended by members of the association, faculties and students of architecture schools from Nashik. He also showcased his works. Ar. Chhaya has been an academician and practicing architecture for nearly forty years, currently heading the department of architecture at CEPT in Ahmedabad.

Ar. Chhaya visited the institute on this occasion, keenly went through the displayed works of the students from B.Arch, B.Des fraternities and gave his valuable inputs on the same. He expressed the necessity of archiving the documentation of various historical structures in and around the city of Nashik.. During his interaction with students and faculties, Ar. Chhaya elaborated on what is a concept in architectural design, how to interpret a design brief to have innovative design solution etc. in very simplified manner. According to him an architect should have a very sensitive approach towards a design solution without separating the facts from the values. He also guided faculties on giving create in design studios wherein students should be made to learn out of their mistakes.